The excitement is building each day as we get closer to Saturday, November 19th and the Farm to Food Truck Challenge II at SoCo Farmers’ Market in Costa Mesa! Six gourmet food trucks will compete for the title of ‘Top Chop Truck’ by creating unique dishes using ingredients from the farmers’ market – and, in these weeks leading up to the big day, I’m taking a behind-the-scenes look at each of the six trucks to give you a taste of what’s in store.

Today we’re going into the mobile kitchen of the Seabirds Truck – the amazing all-vegan truck that is blowing the term ‘vegan’ out of the water, shattering any preconceived notions of what vegan food looks like (and tastes like!).  On the Gourmet Food Truck scene since June 2010, the mission of Seabirds is, “to promote a sustainable and cruelty-free lifestyle while bringing convenience to high quality, healthful food.” And, they have truly exploded onto the scene – in the past year and a half, they have appeared everywhere from the TV Food Network’s ‘Great Food Truck Race’ to Good Morning America and the Ellen DeGeneres Show. Clearly, they’re onto something big here.

Their entirely plant-based menu features organic foods sourced from local farms – in fact, every Monday you can find their Owner/Founder, the lovely Stephanie Morgan, at Tanaka Farms in Irvine snatching up that week’s most seasonal offerings – and their menu reflects what she finds there. So, when you eat at Seabirds you can rest assured that you are always getting the freshest, most seasonal ingredients possible. 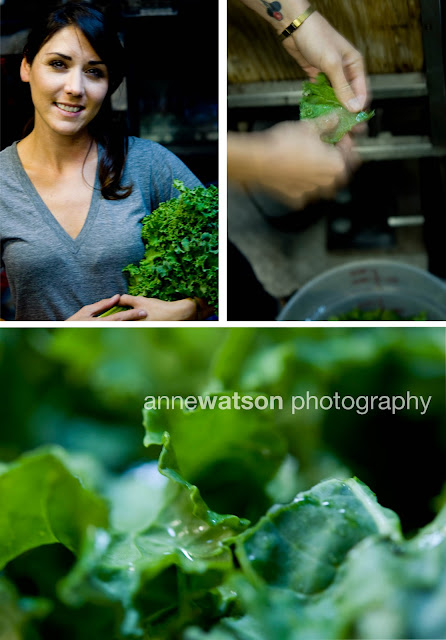 I had the opportunity to spend an evening inside the warm & inviting kitchen of Seabirds chatting with Stephanie and her fellow cooks, Caroline & Robin, as they served their beautiful vegan dishes to the lucky public at Lake Forest Lanes last week.  Now, I must admit – I had my doubts going into this – as, personally, my experience thus far with vegan food had been less-than-stellar.  I’ve never been a fan of ‘it’s-not-bacon bacon’ – the whole fake-meat thing just turns me off.  So, I was hesitant. But, after a few minutes on the Seabirds truck, my fears began to subside… no sign of ANY fake-meat wannabes here. Whew!

I was really interested to learn more – the biggest question in my mind was, “Why Vegan?” I was fascinated with Stephanie’s personal story. She said that she had just begun reading a few years ago all about the things that go into our foods in America each day. And the more she read, the more she was turned-off – slowly her mentality just started to shift.  She became more conscious of the food she was eating and what she was putting in her body. And, as she puts it, she feels like she “woke up” after turning vegan – that she has more energy, feels like a new person, and that life has just made more sense to her. Sounds pretty fantastic to me!

So, she wanted to share that experience with the public – and make vegan cuisine more accessible, affordable and approachable.  That dream took the form of the Seabirds truck – and with her signature dishes such as Beer-Battered Fried Avocado Tacos (yes, personally I am relieved that beer IS vegan – hooray!), Sweet Potato Fries, and vegan cupcakes – vegans, vegetarians and meat-eaters alike are lining-up to get their hands on Seabirds‘ food.

I was struck by one customer’s comment – a self-proclaimed meat-lover who was skeptical about his order when he placed it with Stephanie… after eating his Seabirds tacos, he came back up to the window to say, “If you got me to eat vegan, then you must be doing something right!”  Sums it all up pretty nicely, I think.

Below is a small taste through photos of what can currently be found coming out of the Autumn kitchen of the Seabirds truck.  And then be sure to bring your appetite on Saturday, November 19th to SoCo Farmers’ Market as Seabirds goes head-to-head with the other five trucks in the Farm to Food Truck Challenge II!

Stay tuned for more details on the competing trucks in the coming days – next up, the Slapfish truck!… 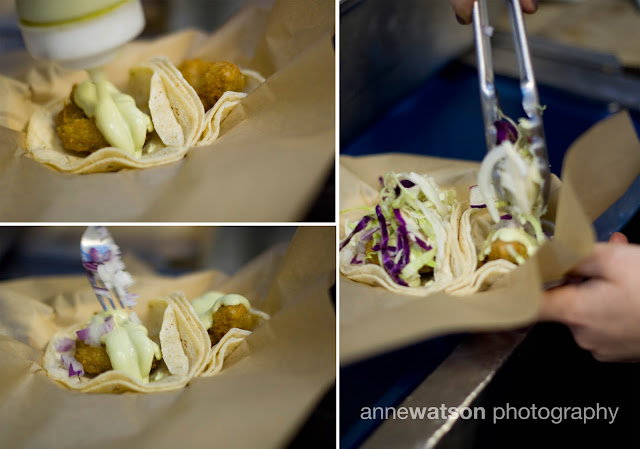